What is a Paragard® IUD?

Paragard is an intrauterine device (IUD) used for birth control.  It is a method of birth control that is hormone free, reversible and highly effective. Paragard is effective for up to 10 years but can be removed earlier. Made of flexible plastic and copper, it is inserted in the uterus by the doctors at Women’s Health Wise during a short office visit.

What the Hormone Free Paragard® IUD does: 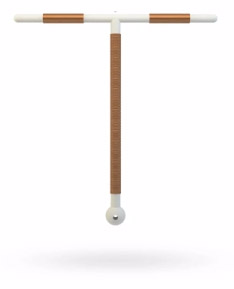 How does the ParaGard® IUD work?

The “T” shaped ParaGard® IUD is placed in the uterus and works primarily by preventing the sperm from reaching and fertilizing the egg. The copper in the IUD produces a reaction in the uterus that is toxic to sperm. It also prevents the egg from attaching to the uterine lining.

Is a ParaGard® IUD Right for You?

At Women’s Health Wise In Longmont, CO; we have been placing Paragard IUD’s for over ten years with a very high level of patient satisfaction.